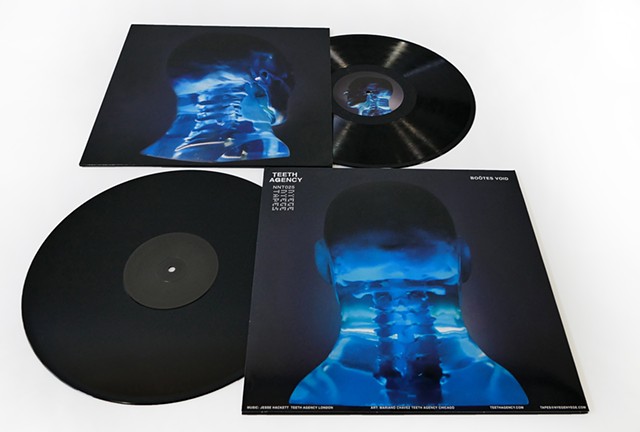 Boötes Void is an enormous spherical region of space that is almost entirely filled with darkness and is referred to as ‘the great nothing’. Matching the drama and machine drum-noise aesthetics of their recent, internationally praised debut record on Nyege Nyege , Metal Preyers re-emerge into their disorienting, dread-inducing soundscape and condense it into this 20 minute, beautifully composed work. Soaked in atmosphere, and genuinely unsettling, Boötes Void lures us into a world of hypnagogic hallucinations and disturbing instrument lacerations.

Written and conceived during a three week period in March of 2020, Crafted with fog horn baritone sax lines , otherworldly piano tones and john carpenter style doomy synth-lines, the record follows a deliberate progression and cinematic narration where elements of musique concrète can also be picked up. A discomforting desolation of a cold and echoing new world wind . The atmospheric vacuum suspends the listener in a haunting cosmic eternal nothingness .

Teeth Agency consists of members Jesse Hackett (London) producer and musician along with (Chicago) based artist Mariano Chavez. Hackett and Chavez have been working together for three years mixing their creative aesthetics and collaborating on multi media work that ranges in book, video, and sound compositions.